Late on November 8, 2016, the Indian government announced the “demonetisation” its currency. What did that mean? When the people of India woke up the next morning, the bills in their wallets, tucked in their sarrees, stashed under their mattresses, were worthless. They began a long process of standing in bank lines to have old bills replaced with new. The initial justification given was that demonitization would remove what the Indian government calls “black money” from the economy. In subsequent explanations, the government said that demonetization would drive “digitization” of the economy. In other words, it would force people to use plastic instead of currency. In addition the “Handmaid’s Tale” implications for loss of more control by workers and consumers, the policy ignored the needs of the vast numbers of poor Indians who work in the totally cash economy of the “informal sector.” In construction, it is estimated that 95% of workers are informal, paid in cash, not on the books and receiving few if any benefits. Successive Indian governments have failed to address this systemic expoitation of the construction workforce for decades. Demonitization crashed the construction sector overnight. We went to see women construction workers. We met unemployed women construction workers. Operating Engineer, Kelly McClennen, shares her thoughts on this issue below.

“November 9 was a taxing day for the US and India.  India took the cash economy out of their picture by removing the 5000 rupee notes and others. Those contractors that were exploiting workers by paying them pennies (in our world) were stashing their cash to pay for the work they have in India and only had until January 2017 to exchange it for smaller valued rupees. This was only allowed in small increments at a time so those Big Money Contractors that had a lot of them stashed didn’t have time to turn in all the money they had so eliminating their ability to continue their business. Some even burned big piles of their rupees to dispose of it!  In lieu of this construction sites were abandoned no matter how complete or incomplete they were. In my opinion, in the 3 large metro areas we visited, the number of sites are in the thousands. It almost look like new ruins, buildings just left to die! Other contractors would be free to take over but this isn’t being done because of the liability of the unsureness of the work done to that point.

So not only did we as a delegation to India doing a comparison study of tradeswomen to the US have our work cut out for us, the demonetization of the cash economy cut the construction industry in 1/2 just since November 2016 which changed the dynamic of what we were comparing in the first place. I feel hopeful that the people in India have their hearts in the right place and I hope that there is enough of them in a growing force to help themselves build their unions with enough strength to move forward and build large enough to sustain themselves. They have a long way to go and it will be interesting to see how the demonetization plays a part in the growth.” 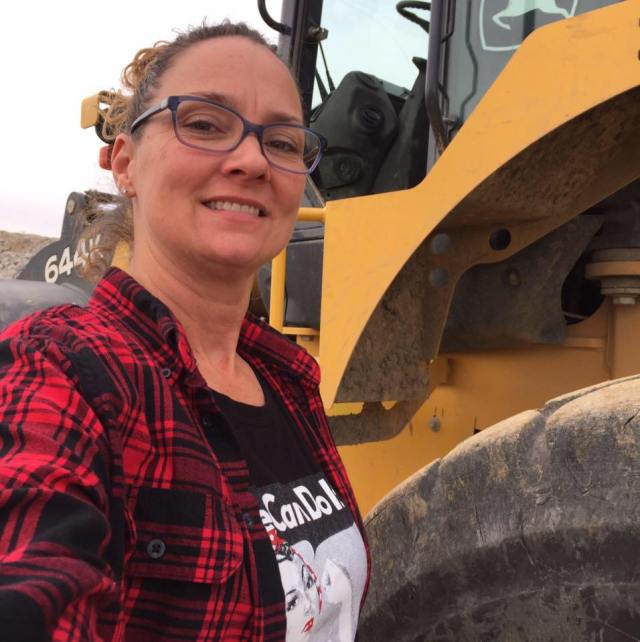